Islam is an evil political ideology masquerading as a religion... 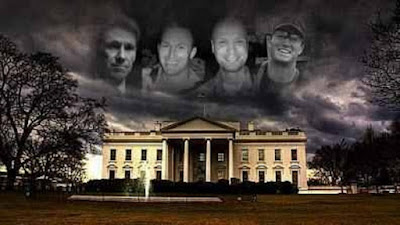 Obama, Hillary Clinton, and Susan Rice insisted that a random video upset the
muslims causing the attack. We know that was a lie. If that was truly the reason do
we need any more proof that muslims are evil?  Who murders people over a video?

On the 19th of November, 2015, Hillary Clinton tweeted: Let’s be clear: Islam is not our adversary.
Muslims are peaceful and tolerant people and have nothing whatsoever to do with terrorism.

The muslims have continued their reign of terror in all of Europe and the United States with attack after attack numbering in the tens of thousands,  and yet the commie/marxist/libtards continue to shield and protect them.

Since then the commie/marxist/libtards have succeeding in importing an untold number
of these savages into our country aided by contractors who line their pockets with cash.

Today, on this anniversary of death and destruction, Refugee Resettlement Watch
posted this: Idaho boo-hooing: Not enough refugee workers arriving.

No! We're not boo-hooing.  We don't want them here.  They're not welcome.  They're nothing more than low paid workers for places like Chobani Yogurt.

Because conservatives always give the benefit of doubt to people and just think they're really okay peeps who are just misguided. Hence we tend to refer to liberals as "stupid" rather than "evil."

The truth is commie/marxist/libtards are not only stupid, they're also evil Godless monsters and deserve to be treated as such.  There is no place for "tolerance" when it comes to evil.

Pray today for all the people who have lost loved ones and suffered under the evilness called Islam.

MOTUS:  Strength Is Our Strength

Deals in Women's Fashion too