And I'm betting that the majority of the country is also with her. 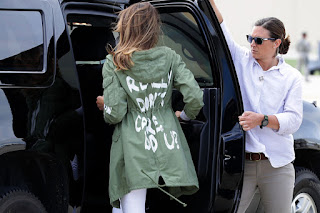 The best part of the saying on the back of her jacket as she visited the border is that it's driving the commie/marxist/libtards insane. None of them have stopped to consider if it referred to the poor little children at the border as they claim then why in hell was Melania there?

As for the crying kid picture, which has proven to be a complete fake as to what was really occurring, I see kids like that all the time at Walmart.  The only thing it moves me to think is, "Someone please make that kid shut up."

And Facecrap, that bastion of "real" news, has allowed activists to use the photo to raise nearly 20 million dollars for illegal immigrants.

There is definitely a change taking place on news sites (the few real ones) and blogs lately.  I have no real statistics, but instead have more of a sense that people are worn out from the constant outrage from the left.

As Francis Porretto said in his article today, Fatigue Plus:

Every one of the Left’s tactics induces fatigue in those at whom it’s aimed: we in the Right.

It might not have been planned that way by a gathering of Leftist strategists huddled over a guttering candle. (Actually, I’d prefer to think that it was.) Yet the pattern is strong: the use of endless, mindless repetition and the vilification, not only of prominent public figures but of those of us who dare to have opinions that diverge from the Left, induces a terrible weariness in everyone on the receiving end. The principal response to deep weariness is to absent oneself, to find a retreat in which one will be free of the wearying influence.

In the matter of political engagement, that means a retreat from politics.  read the rest - it's good

The dirt people are not exactly in retreat, but are practicing a sort of new wave Quietism   - an attitude of "Do whatever the hell you want, but leave me alone."  This does not bode well for a country and creates divisions where none should be.


As one of the commenters on Kurt Schlichter's article, Don’t Get Played; Get Woke to the Outrage Scam said:

I know the Democrat media really, really wants me to care, but I've come down with outrage fatigue. I'm going to have to sit this one out. Please feel free to talk amongst yourselves. 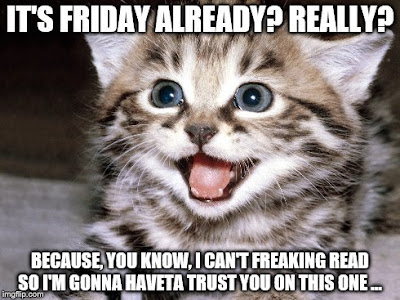 It's Friday so I will continue with trying to "get ahead" on my work before they slice and dice my second eyeball next Thursday.  Eyeball number one clocked in at 20/20 at yesterday's check up.  Yay!

My friend, LSP, has the solution to soothing our souls - go fishing.

These same outraged commie/marxist/libtard couldn't care less about the blacks slaughtering each other on the streets of Chicago.

This is super nice: 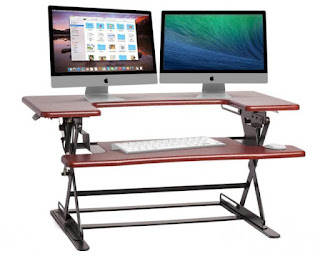