May I remind the commie/marxist/libtards, who are busy spinning fantastical tales over where Melania has been - including the President having beat her (I kid you not), that until the pushy obnoxious overbearing in-your-face Michelle Obama hit the front page, first ladies were not shoved down our throat on a daily basis.

First ladies acted like ladies, stayed in the background, and except for their pet projects like literacy, did not display themselves in a classless manner.

They didn't parade around wearing clothing unsuitable for a trip to Wallyworld, shake their booties on trashy daytime television, or were ever filmed shoving food in their pie holes and rolling their eyes in public.

I didn't vote for Melania Trump.  I voted for Donald Trump, but am pleased beyond measure that Melania is an exemplary first lady.

How about a palate cleanser? 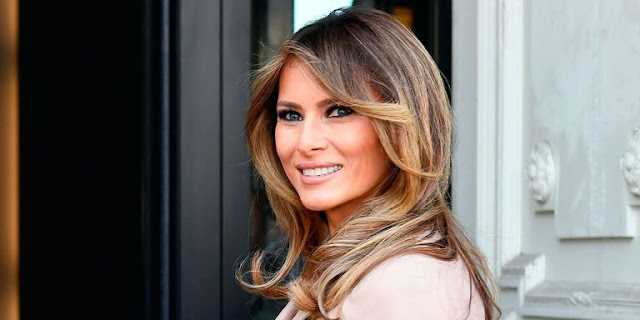 Seriously - I had no idea of how bad my vision was.

Check up number one this morning after first surgery.  Everything is as it should be.

And to my commie/marxist/libtard relatives who were hoping against hope that the surgery would go badly and I would be rendered blind - sorry to disappoint you.