Hannity in the Cross Hairs...

The commie/progressive/libtard left will stop at nothing to destroy anyone they deem an enemy.

I'm not quite sure how it could be legal to force an attorney to disclose his client list as they've done with Trump's personal attorney.

It's way past time for the conservative peeps to start speaking up.

One of the things Upon Hope recommends in their article Fighting Back is:

Tell people how you feel

Are you sick of immigration? political correctness? homosexual marriage? global warming? transgender issues? Does anyone apart from you know that? You don't have to give people an hour long lecture, you can simply scoff every time you hear the latest news story. One of the great issues that I have seen my entire life is that people on our side stay silent. If we spoke up more then others would feel less intimidated. We would not feel so alone. It is a bizarre thing but nearly every Conservative feels like they are the only sane person left in the world. But we are not alone, so why does it feel as if we are? Because people won't speak up....and we should.

And as a commenter over at Breitbart said:


The attack on conservatives today is a well-funded octopus with many many tentacles. Our enemies are embedded in every level of our nation...the media...big tech...Congress...the courts...the education system...every single level has been breached and weaponized. It is way past time to kill the head of this creature. It will continue to claim victims every day until it is dead.

Daily Caller:  Hannity Tells His Side Of The Cohen Story

Lloyd Marcus:   Has Giving Leftists What They Want Made America Better?

Liberty's Torch:  A Bit More From The “You Will Be Made To Care” Files

Daniel Greenfield:  The Media's War on the First Amendment

Up to 25% Off Prime Exclusive Women's Intimates and Sleepwear 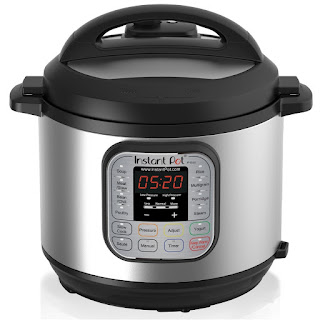 The most popular Instant Pot model (the one I have and use almost daily) is only $99.95.  If you don't have one - now would be a good time to get one.