do your homework and just relax.

All this chatter about impeaching Trump and calling him a traitor to the conservative agenda is just nonsense. Stop it!

I was shocked yesterday at the number of so-called conservative talking heads who viciously turned on Trump yesterday.  Trump is fighting the long battle against the globalists who seek (more?) power. 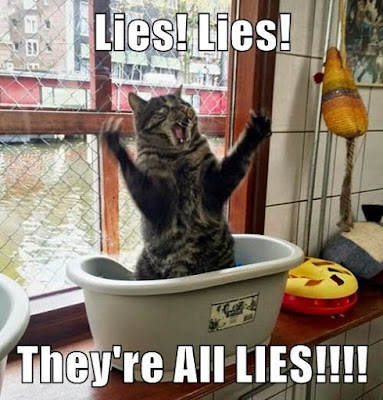 What do you think the result of a government shut down would have been?  How about the possibility of a massive stock market crash ala 1929?  Do you really believe the IMF, WTO et al are not quivering in their boots?

Even Politico is finally figuring out what happened:  Fears grow that Trump could ignore Congress on spending:


Lawmakers and activists are preparing for the possibility that President Donald Trump's administration, in its zeal to slash the federal budget, will take the rare step of deliberately not spending all the money Congress gives it — a move sure to trigger legal and political battles.

There's nothing "rare" about it at all.  Odumbo did it for eight years, you fools

This is but a small blip in the entire scheme of "stuff" going on in DC and an even smaller blip in history.


I'm posting the following excerpt floating around because it saves me a ton of time.  I do not know the originator, but I thank them.
It sums up some, but not all of the points, I've researched.
Life and history is made up of myriad of small bits and pieces.  There's skirmishes, battles, and wars.  We have not lost, but we will if you don't move beyond the small and encompass the large.
As for me and my house - we stand with Trump.

(I think I finally met my match when it comes to the inappropriate use of the ellipsis.  I really thought I had cornered that market... ;-)

"It’s not an official ‘Federal Budget’. It’s an Omnibus bill…not a Budget…He outsmarted them again…Congress basically screwed themselves by not passing a Budget…

This is another one of those big Porkulus Bills like they gave Obama for 8 years. This is not a Budget..

An Omnibus Spending Bill may have some ‘instructions’ as to how the money will be spent…but Obama ignored them.

He spent the money or didn’t spend it, however, he wanted to.
And Congress didn’t do a thing about it! Because they couldn’t..

I think our President observed how this happened, year after year.
He is bound to realize that those ‘appropriations’ for different things in these Omnibus bills…are mere ‘suggestions’.

So like Obama, Pres Trump can spend this money on whatever he wants to.

What if our President decided to tell the Treas. Dept to ‘slow-walk’ that money to Planned Parenthood…until the Senate gets off their ass and confirms his appointees?

What if our President decided to ‘slow-walk’ that money too…until those Sanctuary Cities assist ICE in rounding up criminal illegal aliens?

Splodey heads? From the Dems and the Enemedia?

Why yes.There would be a colorful display of splodey heads.
But what could they do about it.Hah.

Our President could just say…’What! Congress should’ve passed a Budget.’ done finished…research was done…and it is so very humorous actually….our VSG..just said just give me money for the military and the wall…put anything else you want in it…and those goofballs did.

In this case, as per above….he doesn’t have to spend a dime….because it is not a budget…and even if it was…researched….he could still spend as he please…

Congress appropriates….up to the President to spend it…or not….as he pleases..

If anyone disagrees, I can go back and get the links and evidence, but if you just read yesterdays political thread…Wheatietoo and I laid it all out for all…

Wheatietoo did most of the work and put together the consolidated update as per above….

Again, that is why Obama never had a Budget in his Presidency…Congress did continual Omibus’s and he just took the money….for 8 years…and no one seems to know where it went…"

People are starting to wake up:


Today's Amazon Deals in Arts and Crafts (one of my favorite categories.)

Thanks for using my links which allow me to receive a small commission from Amazon - at no additional cost to you.