from a bunch of stuff to not care about.

The Oscars rank way high of the list of things to which we should eschew.  Watching a bunch of evil maggots parading their ignorance and arrogance (those two things go together 99.9% of the time) in prime time is a waste of hours of your life.  Just say no. 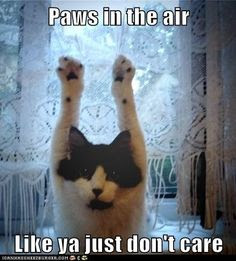 How about the Daily Mail, which stops just short of "alien baby born in toilet" stories?  Do we really need to know that billionaire Robert Kraft's much younger girlfriend had a baby he claims is not his?  (Okay - I'll cop to liking to look at the pics on Daily Mail.)

Or that it's whitey's fault that blacks are dysfunctional?  I think we already know that's not true.

And then we have mincing faggot (yes - I went there) George Takei weighing in on gun control by spewing a bunch of nonsense.  What is worrisome is the libtards actually listen to this clown, but it's still not enough to make me care.

What to Do Instead

Yesterday was my history club meeting.  This is a group of people who gather together every Wednesday to discuss history and how it's manifesting in today's world.

We have no bylaws, rules, dues, or any of the stuff that usually ends up ruining groups of like minded people.  I would compare it more to the famous salons of intellectuals that gathered in centuries past.


The salon was an Italian invention of the 16th century, which flourished in France throughout the 17th and 18th centuries. The salon continued to flourish in Italy throughout the 19th century. In 16th-century Italy, some brilliant circles formed in the smaller courts which resembled salons, often galvanized by the presence of a beautiful and educated patroness such as Isabella d'Este or Elisabetta Gonzaga. read more

It was started by Syd Albright, a brilliant man who is passionate about history. He writes a column in our local paper every week on important historical events.

Our group is becoming quite large - with yesterday's group of at least 40 people. We meet in a room of a restaurant in Coeur d' Alene where many of us enjoy breakfast.

Yesterday we discussed the history of gun control and the current goings on in that area and what action steps we could take in protecting our 2nd amendment rights.  We also decided that we may start to invite a select few people to address our group, with Raul Labrador being the first.

My suggestion to you is that you form a group like our history club.  It may start out with only 4 or 5 people, but in time you will grow.  The only "formal" part of the club is the folks who agree to do a "popcorn story."  A popcorn story is a story that must be written and read to the group that gives a bit of personal history and leaves you wanting to know more - hence the popcorn designation.   It's much like the stories your grandparents told you when you were little.  Unfortunately, those stories all too often become lost through the generations.

So hop on the phone, call your friends, form a group, and make a difference.  You won't be sorry.

I'm not using the word small as an insult.  It's only to differentiate between sites like Drudge and Breitbart and the people who are doing a yeoman's job of keeping us informed.

Freedom's Lighthouse is one such site under the able leadership of the very nice and hardworking Brian. Go visit and put them on your list of must reads.

This site does not make any money from advertising.

I am an Amazon affiliate and receive a small commission when you purchase anything by using my links - and I thank you from the bottom of my deplorable right wing religious whacko heart.

Some great deals from Healing Solutions for essential oils.  The prices and reviews are great and I'm planning an order soon.

Don't forget to check out the lightning deals which have a time limit. I've picked up some seriously astonishing deals this way.