things to which I have serious concerns - none of which include the government shutting down.  I couldn't care less.

And many other people have the same concerns.

When is enough tech enough?

For many of us it's consuming our lives - you know, the life we're supposed to be living.

Gavin McGinnis sums it up nicely in a video (below) he did back in 2015, and the problem is way worse now. 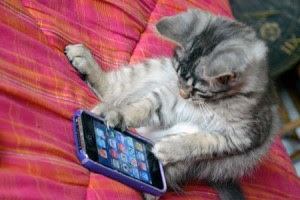 I picked up the video over at Fran Porretto's place on the web, where he shares his concerns in Diversions And Devotions: A Sunday Rumination.  Take a moment and read it and then come back here and tell me your thoughts.

I'm a firm believer that God sends messages to us when we most need them.

Yesterday I read a short and concise book Hacking Laziness: How to Outwit, Outsmart & Outmaneuver Procrastination on my Kindle.  It was only $2.99 and I thought, "Hey, how bad can it be?"

It turned out to be very good.  Obviously the author agreed with one of my favorite mantra's of "cut to the chase."  I don't want to read a bunch of psychological gobbledygook.  I just want some hacks. The author, Mike Buffington, does that - and I thank him.

I know the video looks like it won't play, but it will.  Warning:  If you're not familiar with Gavin McGinnis, he uses some very salty language to get his message across.