I listened to this on the way home and, like Kelly, was stunned.

The brouhaha is a result of congresswoman, Rep Frederica Wilson (D-Fla.), who used the widow to advance her Trump hating agenda. She doesn't care about the widow. She only cares about her black grievance.

I'm going to take it one step further based on a few comments I read over at the cesspit called Salon:

That's all.  You don't need to read any more than that to get the drift. No link on purpose.

Is it any coincidence that an Obama loving widow, who happens to be black, is belly aching over being "disrespected?"   And is it also a coincidence that the black congresswoman in question is not only a Trump hater, but also voted against any bill that would have benefited vets? 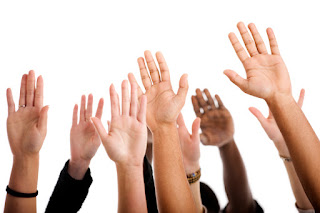 All those who think the black congresswoman goaded the black widow into complaining about Trump please raise your hands.  She's so foul that she would feast on the sorrow of a war widow to advance her political agenda.

That widow doesn't even know she's been used.  More's the pity.

The only people who are making this a race issue are the libtards.