This is why I voted for Trump...

may God protect him.

Some great deals at Amazon today


To think Amazon couldn’t get any bolder in their seeming quest for consumer-world domination—they’re now ultimately awarding and enabling folks who are unemployed. How? They’ve just declared discounted, Prime memberships to those on government assistance and food stamps. (What a way to incentivize slacktivism and thwart job prospect.) source

Anyone who thinks that a half-price Prime membership will stop people from looking for a job is not thinking this through.  People who want a job, will find a job.  The others will continue to scam the system.


The tech-news website reports that the Seattle-based company is offering its full benefits to discount users, a move which could help it compete among low-income Americans with discount giants such as Wal-Mart, especially on household essentials and infant-care products. After all, Prime memberships include a 20 percent discount on diapers and baby wipes, TechCrunch noted, and the free home delivery could be beneficial to EBT recipients needing to cut down on commuting expenses.  source

I pay $99.00 per year for Prime which is $8.25 per month, so I have no idea why everyone is saying it costs $10.99 per month. I also use my Amazon credit card which gives me 5% back on all Prime orders in the form of points to use on future purchases. The people on government assistance will be able to purchase Prime for $5.99.  That doesn't work out to "half price."

Does offering a discount to welfare recipients lessen the benefits I receive from Prime? No.

Will there be corruption in the program?  You betcha.

Does that corruption lessen the benefits I receive from Prime?  No.

While I don't like the politics of Jeff Bezos, I will have to applaud his business sense.  He's going head-to-head against Walmart and I'm enjoying the show.  Walmart now routinely changes their online prices to match Amazon, and I understand they're going to have some sort of membership program like Prime in the future.  That's the American way. It's called competition and we're the beneficiaries.

In addition to the benefits I receive from Prime, I'm also an Amazon affiliate (something I'm supposed to disclose every time I link to Amazon, but don't.)  Amazon pays me a small amount of money if you purchase something through my links at no additional cost to you.  I certainly don't earn enough to live on, but every little bit helps with household expenses.

I'm happy that those who are unemployed, through no fault of their own, will be able to take advantage of Prime.  The scammers?  I can't do anything about them.

I'm more interested in getting people off government assistance than I am about their cut-rate Prime plan.

The problem with EBT and other welfare programs is not caused by Amazon - it's caused by the government. Maine has been a leader in welfare reform and now more states are following with common sense reform.

I could go on and on about welfare reform, but blessedly I won't.  Any thinking person understands the problems and the solutions.


Today is going to be very hot, so my outside work will have to be completed by 10am.  I'm currently a bit more than halfway through massacring some junipers that have no business being where I planted them.  It's a mistake a rookie gardener would make.  Look how cute those little bushes look lining the sidewalk.  Fast forward 20 or so years and you have a nightmare which ranks up with the 75 or so lilacs I planted.

Last night I power washed off all the dead stuff on the inside so they look a bit ragged. By the time I'm finished they'll look just dandy and I'll get to cross off another item from my yuuuge to-do list.

I know it appears that it's just a few snip-snips, but, trust me, there are branches on the inside that need a saw. 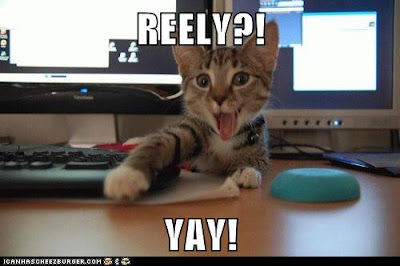