until the Iowa caucus.

Meantime in our upside down world, Planned Parenthood makes oodles of money by selling aborted baby parts and the people who exposed them are indicted for exposing them.

If you're a man who thinks he's a woman, but still has all his dangly parts, you can compete against the women at the Olympics.  Wait, it gets better.


The new IOC guidelines place no restrictions on the eligibility of transgender men to compete in the Olympics. Transgender women, however, must maintain a testosterone level below 10 nmol/L—as monitored by testing—for at least a year before their first competition and must also declare that their gender identity is female. The sports declaration cannot be changed for a minimum of four years. source 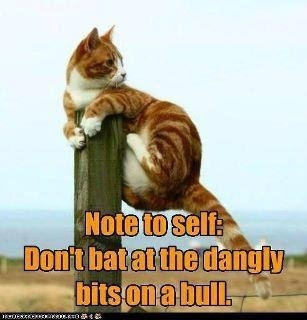 Speaking of dangly bits, it appears that it will soon be okay to take a whiz on the streets of New York.  Because to actually stop someone from peeing in public is racist.  I kid you not.

Need to commit a murder?  I recommend New Orleans.


The Orleans Public Defenders office announced Monday (Jan. 11) that it will begin refusing certain felony cases in which defendants face lengthy or life sentences. In addition to murder cases, these can include attempted murder, forcible rape and armed robbery, said Colin Reingold, the office's litigation director. read the rest

This no-talent white guy who likes to prance about and "act black" has a lot of influence with young people.  Many, many of the young Catholic kids around here idolize this punk wanna-be.  Why do parents let their kids indulge in such crap? 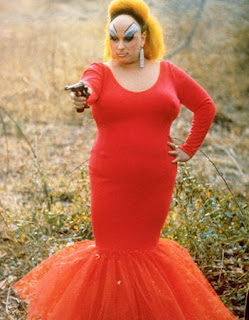 Baltimore is going to remove the statues honoring Stonewall Jackson and Robert E. Lee.  What they'd really like to erect is a statue to honor homosexual drag queen Divine complete with the doggie poo he/she ate in the movie Pink Flamingos.

Here's Divine being all non-PC with, of all things, a gun!!  No need to include the gun in the statue since most of Baltimore already has guns.

Italy, in an effort to not to be offend people who marry 6 year olds and have amorous encounters with goats, covered up ancient statues of naked people in the Capitoline Museums in Rome for the visit of Iranian President Rouhani with the Pope.

It seems the dems got together for a little coffee klatch last night.

Um, Bernie - people are still waiting for the $2,500.00 in savings Odumbo promised them.

Winners and Losers in Odumbo Land


HUD AWARDS $1 BILLION THROUGH
NATIONAL DISASTER RESILIENCE COMPETITION
13 states/communities to receive funding for resilient infrastructure and housing projects. source
Are you one of the lucky ones?
No post would be complete without something about Trump.

Selwyn Duke, over at American Thinker, brings us:

Trump and the Rise of the Donor Class