How a society becomes depraved...

Incrementalism:  a method of working by adding to a project using many small (often unplanned), incremental changes instead of a few (extensively planned) large jumps.

Gradualism:  the policy of approaching a desired end by gradual stages.

Sixty years ago, abortion was considered by most people in society as evil.  By using faulty and misleading data, the pro-abortion people managed to change the argument to one of "choice."  Notice how even conservatives use the term "pro-choice", when in reality it should be called "pro-abortion".

Now, rather than the argument being about whether we can kill a baby, it's become one of when it's okay to kill the baby. Before 20 weeks or after?  Full term baby or just a blob of cells?

I understand that those who oppose abortion are using the same tactics of incrementalism and gradualism to push back against the legality of abortion.  The problem with this approach is there can be no gradualism when it comes to right and wrong.  If it's wrong to kill a baby who has reached 20 weeks in the womb, then it must be wrong to kill that baby at 18 or 19 weeks.  That seems pretty simple to me.

New York has been busy trying to pass the Women's Equality Act for a number of years.  It just passed again in the State Assembly, and is once again headed to the Senate.  What's the hold-up on passing these ten points that have to do with equal pay, sexual harassment, and other feel good items to protect women?


The tenth point of the Women’s Equality Act, the point of contention between the Assembly and the Senate, would expand access to abortion through all nine months of pregnancy for essentially any reason, would allow non-doctors to perform these surgical procedures, and provides no conscience protections for medical professionals opposed to taking human life.

Throughout the second trimester, late abortions can be completed by dismembering the developed unborn child, even when they can feel pain, pulling the baby out piece by piece until the mother’s uterus is empty. After the abortion, the abortionist must reassemble the child’s body to ensure nothing has been left inside the child’s mother.

In abortions that take place later in pregnancy, which would be legalized in New York by the abortion-expanding Women’s Equality Act, often babies are killed by sliding a needle filled with a chemical agent, such as digoxin, into the beating heart, before being delivered. source 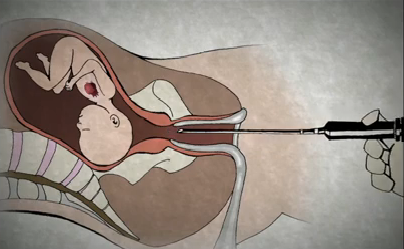 I don't know about you, but that makes my toes curl. You can bet the "Progressives" pushing this abomination are also anti-capital punishment.

For instance, if the administration of a necessary medication were to result in a spontaneous abortion, that would fall under the principle of "double effect." The abortion was a result of the medication, but it was not the intended result. source

We have now become so depraved that a book explaining abortion to little kids is available as an e-book. Sister Apple, Sister Pig (no link on purpose) is about a 3-year old who is told about his aborted sister, who is now a "ghost" sister.  Seriously?  Read about HERE.