about dang time I got around to this!!!

My excuse is a raging case of writer's block brought about by the endless stream of horrific crapola streaming out of the cesspool of Washington, DC.

However, I have nailed my fingertips to the keyboard until I give honor and thanks to the beautiful Maggie Thornton of Maggie's Notebook (have you seen her new picture??) and also the wonderful Mind Numbed Robot (both of whom nominated me.)


1. Display the award logo on your blog.
2. Link back to the person who nominated you
3. Answer 7 questions decided up by your nominator
4. Nominate ( no limit of nominations ) other bloggers for this award and link back to them.
5. Notify those bloggers of the award requirements. 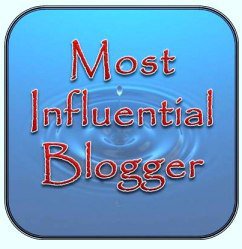 Maggie's Questions for Me:

1. Why did you start a political blog and when?

I never really started a political blog.  This whole thing started out as Adrienne's Catholic Corner.  After a period of perhaps a year or two (I really can't remember), reading hundreds of "Catholic" blogs brought to mind that old saying about "cats in a bag."  I became so turned off to the squabbling amongst those "of faith" that I deleted most of the blogs from my reader and morphed into politics.  There are still some Catholic blogs that I visit and love, such as:  Acts of the Apostasy,  Abbey Roads,  Creative Minority Report, and many others.

2. Who is the one person still living that you would most like to meet and chat with?

3. Would you replace Chief Justice of the U.S. Supreme Court John Roberts if given the opportunity, and if so why, and replace with whom?

John Roberts needs to be run out of town post haste.  His replacement would be picked by opening a phone book and randomly pointing at a name who would, no doubt, do a better job.

4. If you could visit one nation you have never visited before, what nation would that be?

5. What is something you would collectively change about humanity?

The word "collectively" has me stumped.  I think this administration is doing a pretty good job of "collectively" changing the way people think - or don't think.  Perhaps "collectively" turning people into "discerners" of the truth would be nice. Of course, we'd have to make them all understand that truth is an absolute and not something based on "feelings."  Good luck with that...

6. What book has influenced your life (other than the Bible or Torah) and describe how?

I wouldn't even know where to begin to answer that question since I've been a voracious reader my entire life.  Blessed with a natural ability to read quickly, and with good comprehension, it is nothing for me to plow through five to ten books a week. Just using a rounded off figure of 60 years (I'm 67) times 52 weeks times 10 books equals 31,200 books I've read.

Certain books stand out in my mind, like the The Caine Mutiny, which my mother handed me when I was about 10 years old, figuring it would keep me out of her hair for awhile.  Instead, it kept me up all night reading with a flashlight. And I've spent an entire life time trying to figure out whether I wanted to be Scarlett O'Hara or Melanie Wilkes.

7. If you were free to live in any city/town you choose in the U.S., which would you choose and why?

I would live exactly where I live now; Post Falls, Idaho.  We chose this area because of the mountains, lakes, and four seasons. It was only later that we discovered how conservative it was here.  A bonus, for sure.


Mind Numbed Robot's Questions for Me:

(When I copied and pasted the questions they all decided to be number 1.  What's up with that?  I don't have time to fix it so you'll have to mentally provide numbers 2 through 7. Thanks...)

See above answer.
Trey Gowdy.  Okay - I admit to a having a crush on Trey.  I'm soooooo shallow.
It's going to take an event of a horrific nature to wake people up.  The complacency and apathy of the populace is astounding.
I would recommend Fredrick Hayek's The Road to Serfdom.

Same as above plus Nineteen Eighty-Four
See answer to number one.
Most definitely plastic.  I use all my plastic bags for other purposes.  All. Of. Them. And any greenie-weenie who thinks that plastic bags pose a threat has never tried to pick up a huge bag full of pine needles after it's been sitting outside for a year.  You can't.  Why?  Because the bag has so thoroughly disintegrated as to be useless.

Acts of the Apostasy (LarryD)

Which ever ones of the above 14 you'd like to answer.  Okay - that's the lazy way out, but I have to pop off to work now.  I won't even have time to notify the above lucky peeps until I return home.